Colwyn Bay is not an “historical” town in the accepted sense of the word.  We only need to go back to 1865 to find fields and woods sweeping down to the water’s edge. A few modest manors, farms, watermills, cottages, smithies and small but ancient hamlets provided for the indigenous Welsh population. 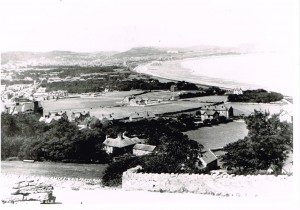 In Welsh history of the thirteenth century, Ednyfed Fychan, a distinguished soldier and chancellor to the Welsh King, Llewellyn the Great, had his manor house at Llys Euryn, now a ruin on the slopes of Bryn Euryn.  The building of turnpike roads, which started in the 1760’s, slowly improved communications, but it was the construction of the railway in 1848 which heralded dramatic change. 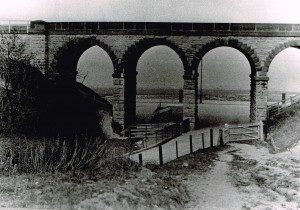 In 1865, the sale of the Pwllycrochan Estate at auction, as building plots, resulted in the building of the new town as a fashionable “watering place”, to meet the increasing demand for marine residences from the industrial Midlands and North West.  By 1901, the population had grown to 8,689, a mixture of English and Welsh people forming a bustling seaside community.  The population has continued to grow and today stands at almost 26,000.

There are three Heritage Trails, and an augmented reality trail, which you can follow around Colwyn Bay and Rhos on Sea to discover more about the history of some of our local buildings.

The Rhos-on-Sea Heritage Trail takes in 25 historic sites in just 3 hours, including St. Trillo’s Chapel (the smallest church in Britain) and the remains of Bryn Euryn – a 5th century hill fort with stunning views. Copies of the trail leaflet can be picked up from the Tourist Information Point on the Promenade.