Local resident, Mrs Lorraine Whitaker, had written to Town Councillor, Glenys Baker, around 18 months ago requesting extra benches in the park. There has only been one there for the past 15 years and, whilst this was in good condition, Mrs Whittaker felt more were needed for adults watching children play, or waiting to collect children from school. Councillor Baker approached the Town Council and local members got behind the scheme. Funds were identified from the local Council’s street furniture budget, the benches were ordered earlier this year and were finally installed last week, with the assistance of Conwy County Borough Council’s Open Spaces team.

Following his visit, Cllr Steve Williams commented: “I, as Mayor of Bay of Colwyn, have the proud job of formally announcing that we have now two more benches in Tucky Park, to be enjoyed for many years to come by everyone who uses the park.” 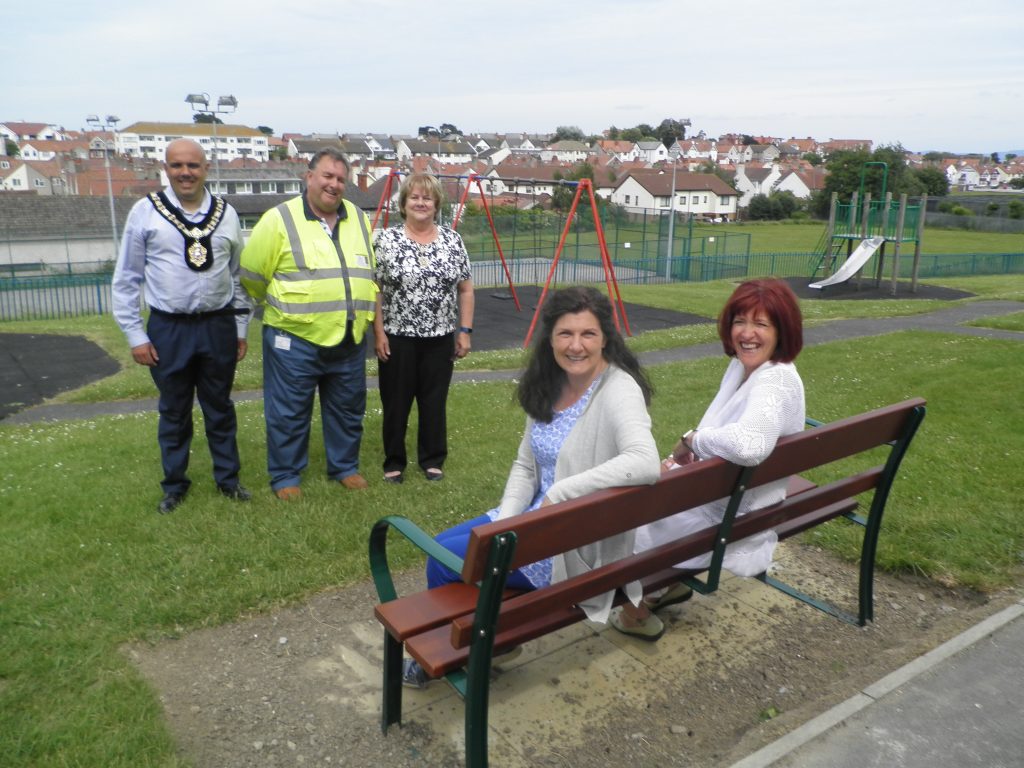