On Monday 4th June, the Mayor of the Bay of Colwyn, Cllr Steve Williams, was delighted to be invited to present grants, on behalf of the Trustees of the Sir John Henry Morris Jones Trust, to eight talented young people from the Colwyn area.

“On behalf of the Trustees, I would like to offer our congratulations to this year’s award recipients, who the Trustees concluded were all highly motivated young people showing outstanding ability and dedication in their chosen fields. I would also like to take this opportunity to encourage anyone who knows of any young people (under 19 years of age) from the Bay of Colwyn area who are able to demonstrate a high level of achievement in the arts, sport or education, to please get in touch with the Town Clerk in Colwyn Bay (tel: 01492 532248) to find out more about how the Trust Fund could help to support them.”

The Mayor, Cllr Steve Williams, added:
“I am privileged to have been asked to give out awards to this group of talented young people and to hear of their significant achievements over the past year, together with their goals for the year ahead. It amazes me that our town can produce such a wealth of dedicated and talented young people and I congratulate all of the award recipients and wish them all the best for the future. I would also like to thank their parents, teachers, coaches and mentors for their hard work and support.”

The Trust was set up in 1975 with a bequest under the terms of the will of Sir John Henry Morris Jones, who was a G.P. in the Town for many years and M.P. from 1929 – 1950. Applications are invited annually by the Trustees from young people under the age of 19, who live in the former Borough of Colwyn area. 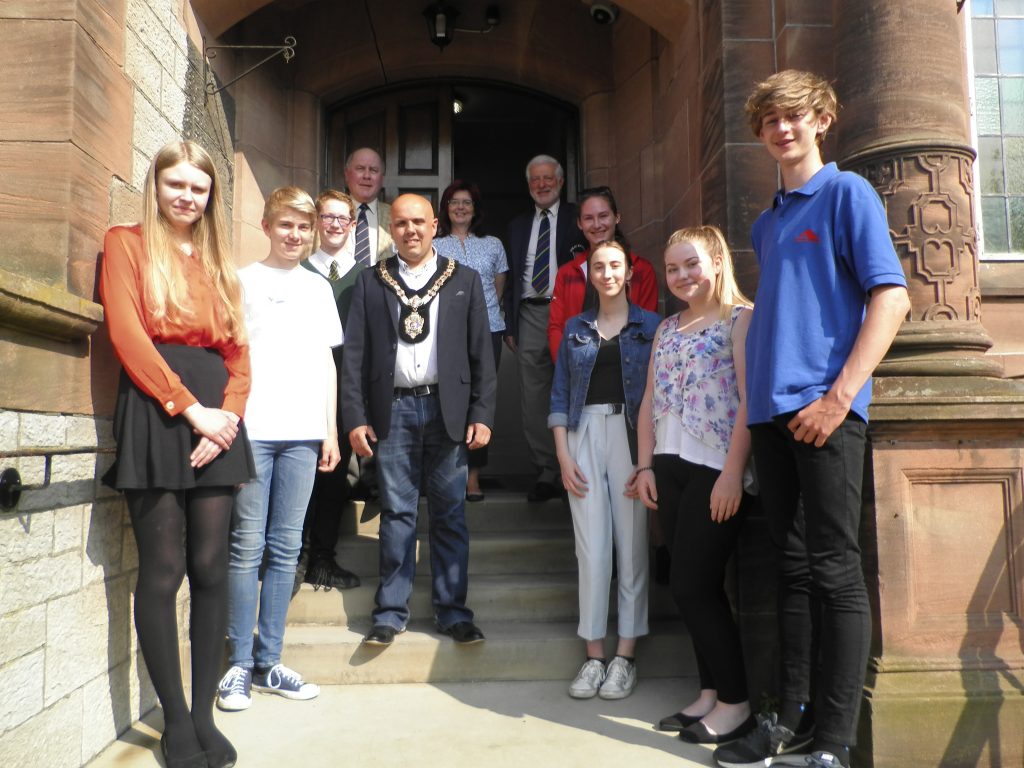 The attached photograph is of the Mayor, Cllr Steve Williams, Mr Jim Barry, Chair of the Trustees, Cllr Tony Pearson and Mrs Val Smith (Trustees) and this year’s award recipients outside the Town Hall.